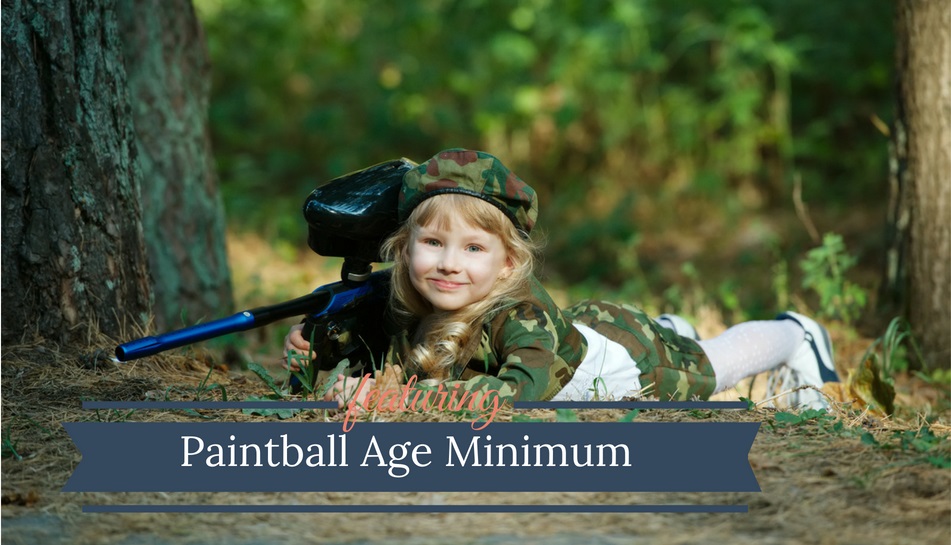 Just like with any sport, there comes a time in a parent’s life where their wide-eyed daughter or son looks from the game they’re watching live or on television and then directly back at you—piercing your soul and begging the question: Are they old enough for that?

Paintball is no different. However, it really seems to be different than just any sport out there. For one, there are paintball guns.

Depending on where you're living and where your child is growing up, you might be in a country where they have an age-restriction requirement—usually meaning that players have to be at least 18 years old. Other countries are a little bit more relaxed, allowing any age to play and leaving it up to the parent’s discretion to allow them to play or not.

What is the factor at play here? Especially if you're thinking about signing your kid up for paintball, you might be wondering, “How old do you have to be to play paintball?” and

“What dictates an age restriction and who determines the rules?”

In most cases, most local fields only allow players old enough to be covered by insurance on the field. For example, in the U.S., the paintball age minimum is usually around 10-12 years old.

In some other cases, even if your child is “allowed” to play, you play a hand as his or her parent in determining if they are ready to play paintball. The key to realize here is that paintball can be a rough sport. Not only can you get hit by the paintball in places where it’s not exactly the most comfortable, as a player, you will be tumbling, sliding, falling, and jumping over obstacles—it’s extremely physical and physically daunting.

How Old Do You Have to be to Paintball?

Bottom line is: if you want to know, just ask. The age requirement can change with from state-to-state, from country-to-country, and even from field-to-field.

Normally, it is recommended for the child to be at least 12 years old to play because psychologically speaking, that’s generally when a child is old enough to have the maturity to understand safety rules, the risks involved, and tactics that might be in play.

Safety Tips for Beginners and Parents Especially since there are so many dangerous scenarios in paintball with weapons (however “docile” they may be), there are many rules and guidelines in place so that players can play safely, no matter what age they are.

Regardless if you are a beginner or a seasoned veteran, there are rules to follow and they can also change from facility to facility, game to game, and even dependent on your age.

For the safety of yourself and of others, make sure you:

Finally, when in doubt, there’s no shame to ask—especially if it’s for the safety of your kid—“how old do you have to be to go paintballing?”. This can not only help your child stay safe and make sure they're in the limits of the game but also will keep other players safe too (let’s just say your kid doesn't know how to use their gun yet!)

1. First And Foremost, Recognize That Paintball Is A Contact Sport

This can be easily seen by the entire concept and goal of paintball, which is to physically strike opponents and meet your target.

2. Recognize that you are going to get hit by a paintball—and it will hurt

Depending on the distance between you and the player who shot you, the sting of a paintball can be pretty breathtaking (and not in a good way). Experienced players tend to downplay the pain or talk about getting hit by a paintball in a relaxed way but if you've never been hit before, you might be taken aback by it. The shot will feel like the sensation you get when a large rubber band is snapped on your skin. The paintball will most likely leave a mark, even causing a welt on some sensitive skin.

3. Recognize the threat but don’t fear it

Sometimes it’s best to just get hit once—just to know what it feels like. The pain is usually much less than you would expect it to be, which means that it’s usually the fear leading up to the first shot that will make the experience much worse. You might be left with a small bruise but the pain of it will be masked by the adrenaline of a game.

Even though it might tempting just to see if you can be the last man or woman standing—hiding the entire time is not going to make you any better. Take risks and take shots, and only then will you know how good you are.

We cannot stress that enough. They are set in place to keep you and others safe. The game of paintball can quickly become painful and serious if you don't abide by the rules. Not only can you be left with a life-altering injury (think of a paintball to the eye), you can also be punished—being ban from the game or facility—if the rules aren't followed.

6. You're Going To Fall Down: Embrace It

Face it, you're not signing up for bowling or billiards. Paintball is a physical game filled with not only other people shooting at you but bunkers, obstacles, and hundreds of things around the course for you to trip over. If you're a parent and wondering if paintball is a sport for your child, make sure they're okay with contact sports and the possibility of falling down. If they can’t handle it—it’s better to wait a little while before you sign them up.

We hope that this has helped you with a few questions you may have had related to age-limit requirements when it comes to playing paintball. Remember, at the end of the day, always follow the safety rules (for your own and others’ safety) and have fun!