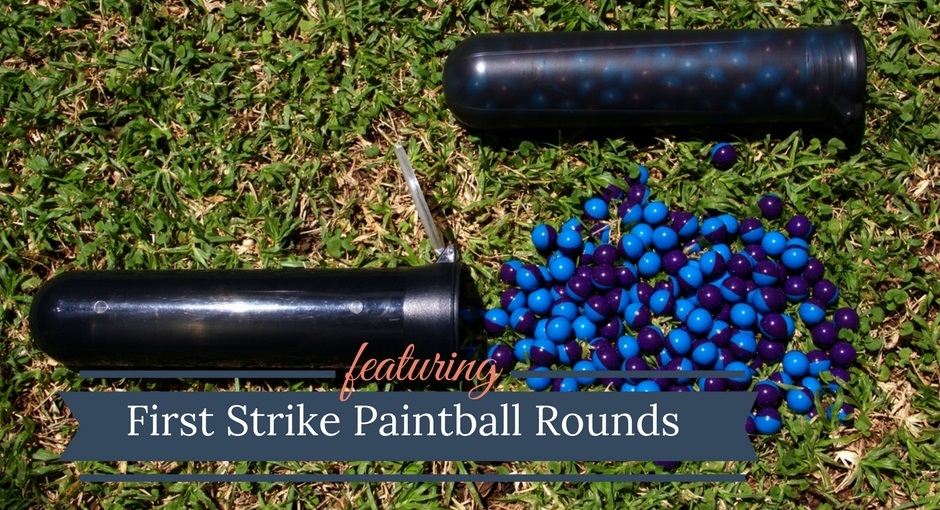 Most paintball rounds are limited to the power of the paintball gun itself get the best accuracy and velocity. This is not true when it comes to the Tiberius Arms First Strike paintballs. Using a different design that increases their aerodynamic ability, first strike paintballs can take your paintball gameplay to the next level. But what exactly is a first strike paintball and what is it that makes it better? If you have been wondering whether you should invest in them, we have the answers that you need.

What Does First Strike Mean?

First strike refers to the speed and accuracy that you can obtain using that type of paintball. Unique in the world of paintballs, first strike paintballs use a combination of aerodynamic technology and fin technology to create a ball that travels efficiently through the air, reaching its destination more easily than standard paintball rounds. Because of the improved design, you are more likely to hit your target on the first shot, rather than potentially missing and giving your location away to your opponent.

How are First Strike Paintballs Different Than Standard Rounds? Do They Work With Any Paintball Marker? Additionally, as was mentioned earlier, it is important to remember that if you have a hopper, first strike will not work. These are designed specifically for mag fed paintball guns in order to improve your accuracy. With a hopper, accuracy is less emphasized since you have a lot more rounds to burn through quicker. With a mag fed gun, your focus should be on accuracy and using rounds only when your target is in sight.

Are First Strike Paintball Rounds Worth The Extra Cost?