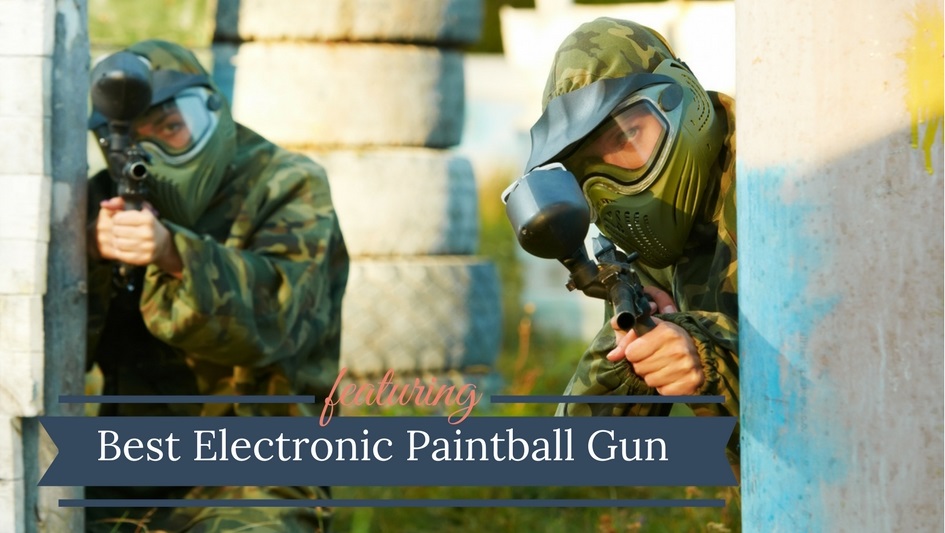 If you are in the market for an automatic marker, you need to be sure that you are buying the best electronic paintball gun that you can get. There are several factors that you should consider when you start looking, including what you want from your automatic paintball marker, the type of game that you like to play, and the level of player that you are.

Electronic markers are faster at shooting and have a multitude of shooting options available so looking at them can be overwhelming. The type of marker you would want as a casual and beginning player is not going to be the same type of marker that you would need as a more advanced player. Before you buy an automatic paintball gun, you need to understand exactly what you need from one. This is what you need to know.

How Does An Automatic Paintball Gun Work

Automatic paintball markers have a variety of firing modes to choose from, allowing users to alter the amount of shots fired and how quickly. Since the markers are programmable, you can adjust how many shots are fired with each trigger pull, allowing you to go into an automatic mode. The type of mode you use depends on the field’s rules, however. Like mechanical guns, electronic paintball guns rely on HPA to act as the firepower, but because of the lighter size of an automatic marker, you are more likely to conserve the air.

Who Is An Electronic Paintball Gun For

The reason there is more than one type of paintball guns is that there are many different types of paintball to play. If you are interested in a more military simulated game, an automatic marker is not the right choice for you. If you are playing speedball, however, this is what you need. Automatic paintball guns allow you to program how quickly you shoot, which is necessary in speedball. The leagues often have rules on how many balls per second can be fired, which is programmed into the circuit board of your electronic marker. They can also be used in woodsball, but provide a different feel during the game than a mechanical marker would.

A fully automatic paintball gun has several advantages over other kinds of markers, including:

As is the case with all markers, there are some disadvantages of using an automatic paintball marker:

Part of being a good paintball gun owner is making sure that you are taking care of your marker. The maintenance for an individual automatic marker can vary, so you should read the manual that comes with it first.

Generally, standard maintenance for an electronic paintball marker is regular cleaning and lubricating the gun with oil or grease. The gun needs to be cleaned after every use to keep it in proper order.

Occasionally you might need to replace the o-ring. Because of the electronic component of an electronic marker, disassembling it is not straight forward. The manual should explain how to take your specific marker apart.

​Our choice for the best electronic paintball marker, the Dye Proto Rize MaXXed is designed for tournament play. With its hourglass gripframe, 4 firing modes, as well as an adjustable clamping feedneck, the Rize MaXXed will keep itself in your hand throughout the game. The Sticky Grips are durable as well, offering protection for the electronic part of the marker as well as its battery. The aluminum construction ensures that the marker is lightweight yet durable. The two-piece barrel that comes with it is 14”, but can be changed out if it is not working for you. The Rize MaXXed also has an added feature of an on/off capability for traveling on airlines, ensuring that it is safe.

​The Rize MaXXed is extremely accurate and is well-known for its ability to fire straight. The accuracy is due to the DYE Precision 2-piece barrel, which is found in DYE brand markers. The Rize MaXXed also has a steady porting to ensure the shots are consistent and accurate. The speed of the shot can vary between 200 and 300, giving you ample to catch an opponent off-guard. The Rize MaXXed uses DYE’s closed-spool design, giving it a low 140psi, allowing you to conserve your air battle during battle. The Rize also has an eye-pipe system that will look in the barrel for you and make sure there is no reason for your paintball to break in the gun itself.

The DYE M2 is without a doubt one of the best designed electronic paintball guns you can get, which is why it takes second place for the best automatic paintball marker. The M2 comes with a DYE eye pipe that is third generation, making it 60 percent thicker than before. The eye pipe ensures the barrel is clear before releasing another ball, keeping you from chopping paintballs. The gas line is designed to travel through the frame, keeping it out of the way. The Dye M2 also has a wireless connection between its frame and body, a magnetic tripper, and a lightweight 45 hourglass body. With its 5-way control joystick, programming the M2 is easier than ever before. The M2 also has the DYE Sticky Grips.

​The rechargeable battery that comes with the M2 has enough power to last for about 8,000 rounds or over three days of heavy use, ensuring the battery will get your through battle. The barrel is designed to ensure accuracy, keeping your shot straight. The M2 is also made so that any paint quality will shoot well. The M2 also has 4 tournament level firing modes, giving you the right amount of power to be competitive on the battlefield. The magnetic trigger also ensures that firing is easier than ever before, keeping the pull easy and simple.

​The Azodin Blitz 3 is a streamlined design, keeping all of the hoses, fittings, and pieces out of the way. With all of the fittings out of the way, you are a slimmer target, harder to hit and to see and giving you a better range of sight. It has a sleek design with a durable nylon reinforced composite frame, keeping it sturdy with all of the wear and tear that can happen on the battlefield. The Blitz was designed to operate well in all weather conditions and not bend under pressure, like if you fell on it for example. The Blitz 3 was designed to be 15 percent lighter than its predecessor, weighing in at 2.03 pounds, but because of the way that the body was created, any excess material was eliminated, leaving you with a durable marker that is also extremely light.

​The Blitz uses a 20 oz CO2 tank, giving you all of the power that you need to be competitive. While this is considered more of a starter automatic paintball marker, the Blitz still will do its job in battle. With the low pressure inline regulator, the Blitz is gas efficient, ensuring you will not blow through your CO2 quickly. The Blitz also comes with a spring loaded standard 200 round hopper. Because all of the fittings are hidden, you will have an easier time aiming at your opponent, with only the hopper potentially getting in your line of sight.

​The Empire Mini GS is a budget-friendly high-performance automatic paintball marker. It is designed to have through-grip air transfers in order to prevent any external air hoses, ensuring that everything is streamlined. The Mini GS also has the integrated break-bream eyes that will prevent you from chopping any balls on the battlefield. The venting ASA regulator will also conserve your gas, stopping you from wasting any when you remove the canister after gameplay. Designed with a simple drop-in of the Redline OLED board, allowing you access without switching the fore grip. The Mini GS is not the easiest gun to clean, however, and will might need to be serviced by a professional. The design also includes a full wrap-around rubber fore grip that creates a secure grip and protects you from paint and other elements.

​The Mini GS has multiple adjustable firing modes, including PSP and MILL, allowing you to be tournament ready. With its pressure controlled poppet engine, you will get excellent performance from this automatic paintball marker. The Mini GS uses HPA instead of CO2 and if you do try to use CO2, you are likely to ruin the electronic marker. The Mini GS high performance as well, ensuring that it is accurate and high speed with the right regulator. Even though the mini is a tiny automatic paintball marker, it still packs a punch upon firing. It does not have quite the power as other markers, however.

​The D3FY Sports D3S is designed to perform like a high-end automatic paintball marker without the high-end price tag. The D3S also has an LED screen that will show you the control menu, the status of the eye system as well as the remaining battery life. The eye system is an anti-chop system that will ensure that you do not chop any paintball when you fire. The F2 bolt engine incorporates a spool-built and regulator in one piece, which is how you get efficient operating pressures. The D3S comes with a 14 inch barrel and a standard hopper. The D3S is a lightweight gun, but is built sturdily so it will hold up despite its small size.

​The D3FY Sports D3S has 4 tournament modes of fire including semi, fully automatic, PSP ramp, and 3 shot burst, but the gun has 11 firing modes altogether. The F2 bolt engine gives you the fire power that you need to get your opponent. This automatic paintball marker has operating pressures of 150 to 160 psi.  While the D3S comes with a standard hopper, it is more efficient with an electronic hopper. The gun operates best with HPA and CO2 should not be used with it. The D3S is known to be accurate with a straight shot and have a high level of consistency.

When you are trying to figure out what the best automatic paintball gun for you is, you should take a few different factors into consideration. To begin with, you will need to evaluate both your own skill level, experience, and how often you expect to be playing paintball. If you are not going to play often, you can use one of the starter automatic paintball guns like the Blitz 3. If you are serious about playing, however, you will need something more high performing like the DYE Proto Rize MaXXed. DYE paintball markers are generally reliable and will not disappoint you.

Make sure that you have the best automatic paintball marker for you, no matter how you like to play the game.