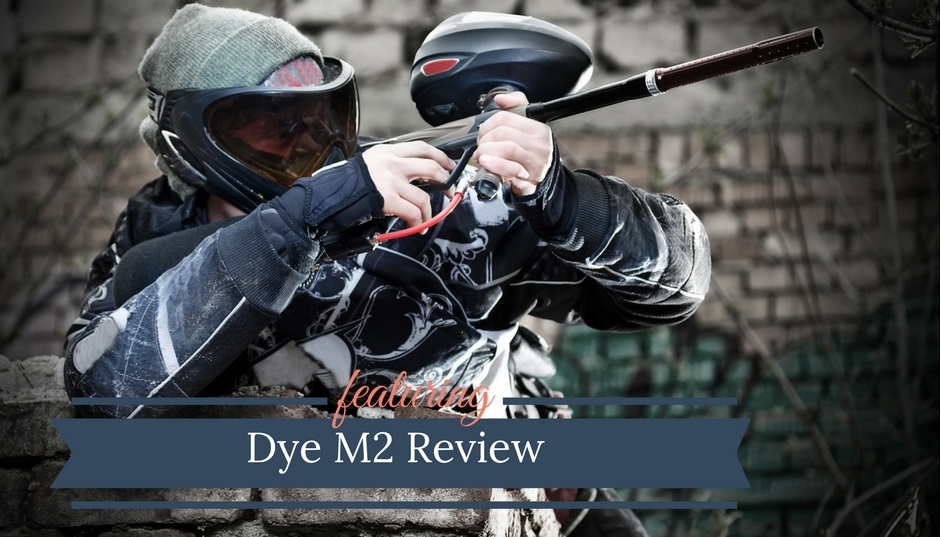 We know it’s a difficult decision to find the best gun, especially when it comes to pricing, design, and detail. However, with our Dye M2 review, we are going to lay out all the specifics you need to look out for, in general, when you're looking at investing in any gun but especially the details when it comes to choosing the Dye M2 over any paintball marker out there.

Not only will you be getting a long lifeline, you’ll also be investing in its amazing features which can up your paintballing game simply by bringing out the best in your tools.

In this Dye M2 review, we’re going to take you through its design and outline the various features it comes with, so you know there are no surprises when it comes to the investment. We’re going to define its firepower and accuracy, especially when comparing it to other paintball markers out there. We’ll give you the lowdown on its weight and feel, reputation for reliability, and information about efficiency and sound. Lastly, we’ll tell you if you're the type of player that this marker is made for.

We hope this guide has everything you need to know before you invest in the Dye M2.

With a MOS Air Upgrade Kit already installed, the Dye M2 comes with sixteen different designs and colors to choose from, which really helps you personalize your paintball marker. This comes in handy when you're going to be playing on a field with a certain color or need to camouflage with your environment. You can also use this feature to help define teams if everyone is supposed to have the same color.

This marker comes with a wireless charger and tech mat included in the package, with an eVOKE system which is already ready to go, straight out of the box. It has a method operating system with Prism Interface that comes along with over a million different player profile options that you can focus on fine-tuning your marker to your personal preferences.

It has an hourglass shape in its regulator frame with sticky grips, quick release fuse bolt design and to top it all off: an internal pressure sensor and a magnetic reach trigger.

The marker also includes two Ultralite Barrel Backs, a compression-formed hard case for easy carrying to one game from the other, a DYE Multi-Tool, some slick lube, and a barrel sock for extra protection in addition to the MOS Air Kit. Overall, this is a great investment, for any type of player, from beginner to advanced.

With all of its additional features, the DYE M2 comes with a high-performance level as a mid-range marker. Not only does it have a variety of firing modes, it is also really easy to change between them all. You can switch up your bpm with ease. When you're on the playing field, being able to change up those settings with a simple flick of the button is very important.

The trigger is also incredibly styled and simple to use. This makes the transition from when you want to shoot to when the paintball actually fires off a smooth and quick one. With unparalleled accuracy and consistency, the DYE brand has really stepped up its game with this marker, not only with the firepower and choice of power behind each shot but the accuracy of making each shot hit its target. If you are looking to make an investment when you're a player that plays at a high level where every shot you take counts, this marker is well worth it.

How Much Does Dye M2 Weigh

At less than three pounds, this marker is a dream to carry around. Made perfectly for the players who tend to play day-long or sometimes days-long tournaments, the DYE M2 is lightweight to carry. It is incredibly lightweight so you don't have to worry about lugging it around all day on the playing field. Regardless of the massive amount of technology behind this paintball gun, it has been so carefully designed where it actually weighs less. This feature in the design also makes it a great fit for beginners looking to ease into paintball with a simple gun to use and a lightweight feel so they're not overwhelmed at the beginning of their fun-filled and addicting journey.

Is The Dye M2 Marker Reliable

Along with a year-long warranty, the reliability of the gun is unmatched. One of the best paintball markers out there, its features boast durability, from solid, high-grade metal material to the way the marker is designed, the gun is meant to last you for years to come. Regardless of the paint you put in the gun, as well, it shoots out without breakage, even if the paint is not the most costly. It will also last you all game. Since it has a low-pressure system, it will last much longer on the field than your opponents’ markers.

How Efficient Is The Dye M2 Gun

Since it is designed with a Billy Wing M2 Fuse Bolt System, it is easily one of the most efficient paintball markers out there. When it comes to investing in a paintball marker, you really want to get the most bang for your buck. With these extra features, the DYE M2 shoots out paintballs smoothly, no matter what quality paint you're using. It also lowers the pressure on the marker so that you have more accuracy and more fun when you're taking a shot. The efficiency behind the marker also has to do with its minimal pressure usage. When you use less pressure, your marker will last longer on the field than the others.

Also drawing back to the bolt system used in this marker, since it uses less operating pressure, the DYE M2 is known for being a silent shot. When you're out on the field, especially if you are shooting as a sniper, you need to have the least amount of sound as possible so it doesn't give away or position. You can move about the battlefield undetected with this marker. For this game, silence is everything. So, the closer you can get to being invisible, the better.

Who Is The Dye M2 Paintball Marker Best For

With all the extra additions and ease-of-use, this paintball marker can be used by beginners but is normally tailored for more advanced players. Since it is at a higher range, price-wise, beginners usually shy away from investing in such a top-quality marker.

The DYE M2 is a perfect addition to anyone who is looking for a quality paintball gun for speedball. Since there is little-to-no lagging time between shots, its features are impressively tailored to speedball players it is easily one of the most technologically advanced markers ever made. Especially since it is quick and has all the technology behind each shot, speedball players need this top-notch marker to really nail the shot and get the accuracy and speed of each transition and fire.

If you are looking for a paintball marker as a veteran paintball enthusiast, this marker is perfect for you and well worth the investment. However, if you are not too serious about the sport, you might want to skip this one.

For those looking for the best of the best, the DYE M2 has got what you need. From the best technology to the highest quality-equipped features, the M2 is accurate, dependable and is loaded with a large number of features that can easily set you apart from other players out on the field.

Specifically speaking to those with more experience, since you have more knowledge of the game, you can make the most out of all the features, rather than having them being left alone by someone simply looking to point and shoot as a beginner.