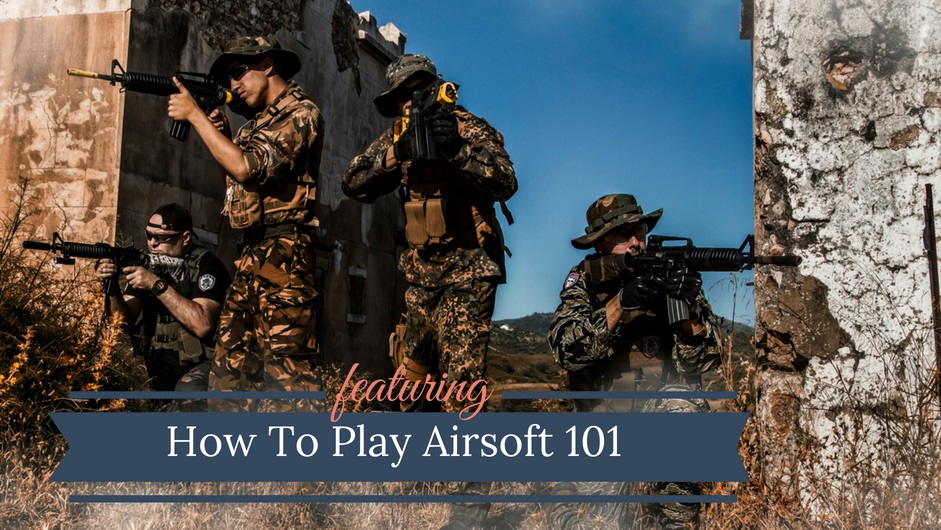 Dominating on the airsoft field is the ultimate objective for every beginner airsoft player. But how do you reach the level where you can be a force of nature on the field?

Understanding how the game works, the different roles, as well as what gun to use, all factor into how well the game is going to work out for you. Airsoft is so much more than target practice. It is a competitive, extreme sport that lets you work in a team to complete missions.

Where do you begin? Getting started in the game might seem a little overwhelming at first, but we have airsoft tips for beginners to help you out. Every airsoft field is going to have its own set of rules for play. Regardless, there still are some general rules that you should follow.

There are three primary types of guns used in airsoft: spring-powered, gas-powered, and electric. Here are some basic tips to know in order to operate your gun.

Playing Airsoft For The First Time

When you are playing the game for the first time, there are some basics that you should know. In an airsoft team, every member has a set role to play in order to help the team be successful. You cannot choose a role blindly or accept a role assigned to you without knowing what you are getting into. The primary roles are:

The rifleman is essentially a pawn piece who moves toward the ultimate objective. They run the risk of being a target, but usually travel with support. A rifleman is a versatile role who can cover lots plays, including attack, ambush, flanking, as well as others. Popular rifleman weapons are M4 and AK47 airsoft guns.

​The sniper usually sits most of the game. This person is up high, surveying the field, watching the enemy, and taking out any important opponents they can.

​The scout will run ahead and scope out the enemy territory, keeping tabs on where the enemy is and what they are up to. The scout does not carry a rifle because it makes running hard. Instead a scout will use a pistol.

​The DMs stay by the rifleman, helping take out the enemy and move toward the ultimate objective. The big different between riflemen and DMs is the rifles they use. DMs use a specific type of airsoft gun as well: a DMR.

​Support gunners are the most terrifying players on the field. They provide the cover needed in order for the rifleman and DM to move forward. They spray BBs in high quantity to clear the way.

Similar to a rifleman, a grenadier has the same type of weapon as a rifleman, but also has a “grenade,” which in airsoft means a large quantity of BBs that shoot at once. They have the same job as a rifleman.

There are several strategies for how to play airsoft.

When you are learning how to play airsoft, one of the most important considerations that you need to remember above everything else is that it is a team sport, not an individual sport. Working together as a team with good communication as well as acting with honour and respect will make the game more fun for everyone and get you on the team’s good side. You want to be invited back to play again, so follow the rules, be smart, and pay attention. Above all else, have a safe and fun game.