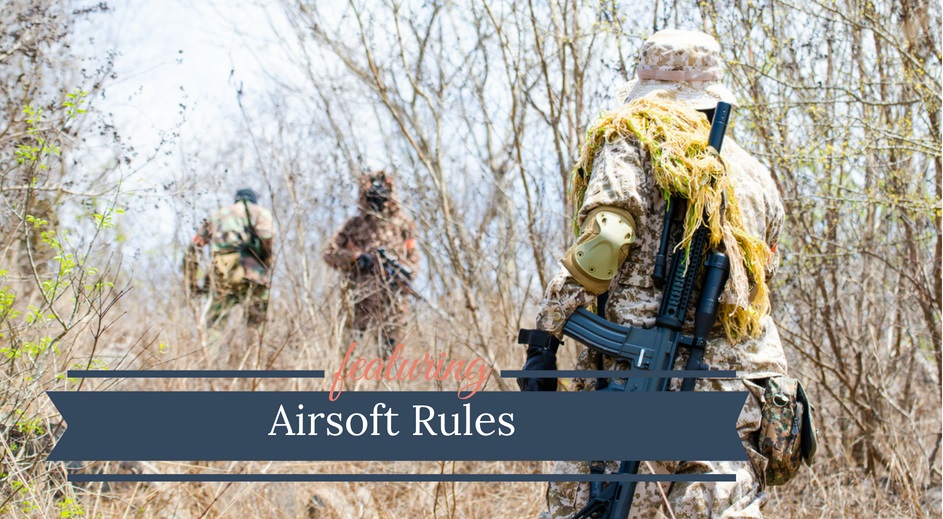 Although this can change from field to field, there are some general rules of airsoft that should be kept in mind when you're playing or for you to have an idea of if it’s your first time.

Instead of simply writing an extremely long list for you to memorize, we’ve broken the sections down by topics.

For each of these topics, we’ve listed a “standard” rule that is usually held for all players, no matter where you're playing.

Even if you just invested in a brand new airsoft gun, if it doesn't meet the standard rules, you probably won’t be allowed to play. Therefore, before you look into investing in an airsoft gun, make sure that you're meeting these standards:

Rules Of Airsoft For Shots

Although your gun can shoot higher than the required fps maximum—you’re not allowed to. Before you start playing, the officials will let you know the limits and rules.

Being a proper airsoft player means following the rules—because, at the end of the day, it’s just a game. The rules made by the facility are put in place to keep everyone safe.

Rules Of Airsoft For Equipment

Getting the proper equipment and using it correctly is also extremely important! You should follow these rules for your airsoft equipment:

Most fields or courses you're playing on will have something called the “Dead Zone” or the “Safe Zone”. These are places where no weapons are allowed to be fired or even loaded. Here are some rules about them:

These rules will probably change when going from one place to the next. However, these are the general rules that are usually put into play in airsoft:

Although the set of specific rules can change from place to place, it’s always best to familiarize yourself with the general rules of the game before you head into your first airsoft battle! If you're not certain of certain things, always ask the officials or on-site staff. Most importantly, the number one rule is to have fun!